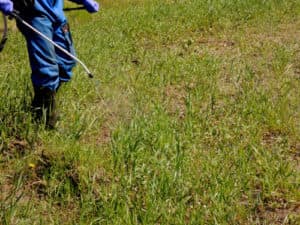 The herbicide Roundup® is a potent weed killer that is widely used in commercial farming and in backyard gardening. But the agricultural product, which is manufactured by Monsanto Co., may cause cancer in humans who are exposed to it. The World Health Organization has classified Roundup Weed Killer as a probable carcinogen.

Thousands of civil lawsuits alleging that Roundup causes cancer have been filed against Monsanto by cancer victims. If you or a loved one has used the weed killer Roundup, and you have been diagnosed with certain types of cancer such as non-Hodgkin lymphoma, you may have a legal right to demand compensation from Monsanto for your medical treatment and other losses related to the harmful exposure.

The product liability lawyers of Marks & Harrison are here to help you. Our attorneys have extensive experience in product liability litigation and a commitment to protecting the rights of people harmed by unsafe products in Richmond and throughout Virginia. Currently, our attorneys are reviewing cases involving suspected cancer associated with exposure to Roundup weed killer. If you have used Roundup and received a non-Hodgkin lymphoma diagnosis, you have a right to be angry and to take action. Please allow us to explain your legal options in a free consultation.

What Is Roundup Weed Killer?

Roundup is one of the most widely used agricultural products in the world, and its largest use is in agriculture. It contains the active ingredient glyphosate, a synthetic chemical. It is sprayed on gardens, lawns, golf courses and crops to kill weeds.

Monsanto, a unit of Bayer AG, developed and first patented the use of glyphosate as a weed killer. It has been used as an herbicide since the 1970s. The use of glyphosate has increased substantially since the development of Roundup Ready® brand corn, soy and cotton seeds that have been genetically modified to tolerate being sprayed with glyphosate. 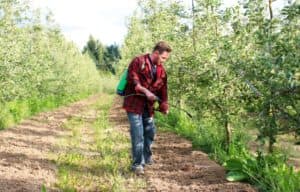 Because Monsanto has touted the safety of Roundup, farmers, agricultural laborers, landscapers, groundskeepers, nurserymen and orchard workers have been exposed to Roundup when spraying it on crops. They may get the herbicide on their skin, in their eyes or breathe it when spraying it.

In 2015, the International Agency for Research on Cancer (IARC), the research arm of the World Health Organization, classified glyphosate as a probable carcinogen after analyzing scientific studies linking it to non-Hodgkin’s lymphoma (also known as non-Hodgkin lymphoma) including its subtypes:

Non-Hodgkin’s lymphoma develops in the lymphatic system, the body’s defense system for resisting disease. Cancerous tumors typically develop in the lymph nodes, which are located throughout the body.

After the action by the IARC, the California Office of Environmental Health Hazard Assessment announced its intention to add the herbicide glyphosate to the state list of chemicals known to cause cancer. The listing triggers a requirement for companies to add warning labels to products to alert consumers to risks.

Monsanto sued in 2016 to block the listing, but a California appeals court ruled that the state had acted constitutionally in reaching the decision to add glyphosate to the list of chemicals linked to cancer.

The Roundup cancer lawsuits contend that the agrochemical manufacturer knew that Roundup contained an ingredient that caused cancer but continued touting the benefits of the herbicide and failed to warn users of the risk of the active ingredient glyphosate.

Thousands of farmers, agricultural workers and homeowners suffering from cancer as well as their spouses and their survivors have lawsuits pending against Monsanto, which maintains glyphosate does not cause cancer.

In the first case to go to trial, a California jury in 2018 found that a school groundskeeper’s non-Hodgkins lymphoma was at least partly caused by exposure to glyphosate and ordered Monsanto to pay $289 million in damages for failing to warn that its product might cause cancer. The jury award included substantial punitive damages to punish Monsanto. A judge reduced the amount of damages to $78 million but upheld the jury’s verdict that Roundup caused the man’s cancer and rejected Monsanto’s request for a new trial.

The jury found that Monsanto knew or should have known that users of Roundup would not realize the cancer risk and the company’s failure to warn was a substantial factor in the user developing cancer. The groundskeeper applied Roundup 20 or 30 times a year while working for a school district in California.

While the California state court decision is not binding on courts in other states, the outcome of the first Roundup lawsuit to go to trial shows there is sufficient scientific evidence for plaintiffs to meet the burden of proof and persuade juries to find in favor of the cancer victims and their families. Thousands of additional lawsuits against Monsanto have been filed since the California jury verdict in August. More are expected.

Are You Eligible to File a Roundup Cancer Lawsuit?

If you or your loved one used Roundup and then received a diagnosis of non-Hodgkin’s lymphoma, you may be entitled to file a lawsuit against the maker of Roundup and demand justice. If you believe your loved one’s cancer death was related to exposure to Roundup, you also may have a right to take legal action. 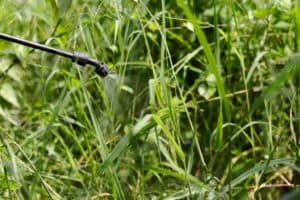 Manufacturers have a legal obligation to make and market products that are safe when used as directed and to include warnings of foreseeable risks linked to the product. When manufacturers fail to meet their legal duties and include warnings of dangers, they may be held accountable by those who have been harmed by their conduct.

More than 8,000 people who have been diagnosed with non-Hodgkin’s lymphoma have filed Roundup cancer lawsuits in state courts. More than 500 Roundup lawsuits filed in federal court have been combined as multi-district litigation to allow the court to handle the cases more efficiently during the initial phases. The first case presented in federal court is scheduled to go to trial in February 2019. More lawsuits are expected.

The lawsuits allege that Monsanto had evidence that glyphosate was harmful to humans and did not warn of any risks associated with the product. Internal Monsanto emails unsealed as part of ongoing litigation indicate that Monsanto executives had ghostwritten scientific research regarding the safety of glyphosate, and the research was presented as the work of academic researchers, according to The New York Times.

How Can a Roundup Lawsuit Attorney Help?

If you have been harmed by an unsafe product, you owe it to yourself to have a clear understanding of your legal options. At Marks & Harrison, our attorneys are fully committed to holding accountable chemical companies that put profits ahead of public health and safety. Our attorneys will carefully review your medical records and evaluate the harm you have suffered and whether you have a valid Roundup cancer claim.

If we handle your Roundup cancer lawsuit, we will represent you on a contingency fee basis. We recognize that money may be tight if you are dealing with the health care costs of treatment for cancer. You will not owe an attorney’s fee unless we obtain a settlement or jury award for you. If we are successful, we receive a portion of the amount obtained to cover our legal fee and expenses.

We are ready to fight for maximum compensation for you if you or a member of your family has developed non-Hodgkin’s lymphoma through exposure to any Roundup weed killer products. You may have a right to compensation for your medical bills, pain and suffering and other losses related to the unsafe product.

Consumers in Richmond and account Virginia can count on the lawyers of Marks & Harrison to provide trusted legal guidance and to stand up for them against manufacturers that sell dangerous products and fail to warn adequately of their risks.  Call us or use our online contact form to speak to a Virginia Roundup cancer risk lawyer at Marks & Harrison. We can get to work on your case right away.