When Is It Illegal to Pass on the Right? 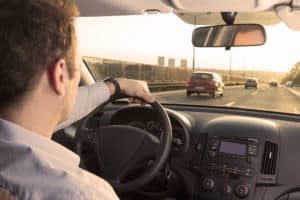 When several lanes of traffic are headed in the same direction, most people expect that slower drivers will keep to the right side of the road, while drivers that are going faster will pass them on the left. Virginia law actually requires that drivers use the left lane only for passing. Once a driver completes the pass, the driver must then move back into the right lane.

However, what happens when a slow-moving car lingers in the left lane, and you want to pass that driver on the right? Would it be legal to do so? In some situations, it is.

Under Va. Code § 46.2-841, drivers can pass in the right lane when another driver has signaled that they are making a left turn, and the driver on the right has room to pass. Drivers can also pass on the right when they are on a road that is wide enough for two vehicles, and it has two clear lanes. Here, we discuss a few important aspects of Virginia law that pertains to passing and how this law can prevent car accidents.

Passing on the Left

It is generally safer for drivers to pass other drivers on the left. This is due to the fact that slower drivers expect those on the left to pass them. On highways that have three or more lanes, passing on the left is certainly safer, as drivers sometimes sit in other driver’s blind spots, and those in the center lane find it difficult to keep track of all the vehicles around them. Knowing that the vehicles in the right lane are going to remain there, drivers in the center lane can focus mainly on the drivers to the left.

When a driver illegally passes on the right, the driver can be cited for aggressive driving. This violation is punishable by up to six months in jail and a fine of $1,000. If someone is injured by a driver who has illegally passed on the right, the charge is upgraded. The violation becomes punishable by up to one year in jail and a fine of $2,500.

When Driving Behind Slow-Moving Vehicles

Just as it is important for faster drivers to pass on the left in most situations, slower drivers must also know that they should remain on the right. This is particularly true if another driver has signaled to them to move over.

In Virginia, when a faster vehicle approaches another vehicle from behind, the driver may signal to the other driver to move out of the way. Drivers that are traveling faster can do this by using their horns or by flashing their headlights. When slower drivers are approached by a faster vehicle from behind, and the driver in the rear has made these signals, those slower drivers must move over as soon as it is safe to do so. If they fail to do so, or if they try to speed up when another driver starts to pass, it is considered to be a form of aggressive driving.

Even though Virginia law allows drivers to pull up behind slower drivers in the left lane and signal to them to move over, they are not allowed to act aggressively. In other words, they cannot tailgate or “ride the bumper” of the vehicle in front of them. If they do so, they can also be cited for aggressive driving.

Just as faster drivers are not allowed to act aggressively when they signal to other drivers to move over, slower vehicles are not allowed to remain in the left lane. These lanes are only to be used for passing. Vehicles must pull back into the right lane as soon as they have passed a slower driver. If they fail to take this action, they could face a charge for blocking the left lane.

This law took effect on July 1, 2017. Under the law, when drivers remain in the left lane, they can face a fine of $100. The law is designed to facilitate traffic flow and prevent accidents. It also allows the left lane to remain open for emergency vehicles such as ambulances so they can get through traffic quickly and safely.

When a driver refuses to move out of the left lane, it creates real problems. For instance, the slower driver may be intentionally trying to make it difficult for another driver to pass, and that could lead to a road rage incident. Also, if an emergency vehicle approaches from behind and needs to get through, slower drivers in the left lane may not know where to go or how to get back into the right lane safely. This confusion could lead to a serious accident.

It’s important for all Virginia drivers to be familiar with the rules of the road. Knowing when and how to pass other drivers is a big part of that. Drivers that fail to follow these laws can face fines and even jail time. Those hurt by another person’s violation of the law can also hold those drivers liable.

Were you recently hurt by another driver that was trying to pass you on the right? If so, you may be eligible for compensation. The experienced Virginia personal injury attorneys at Marks & Harrison can help you pursue the compensation you deserve. For more than 100 years, we have protected the rights of accident victims throughout Virginia. We know the rules of the road, and we know how to hold drivers accountable when they break those rules and put others at risk. If you have been injured by another’s negligence, contact us today for a free evaluation of your case.