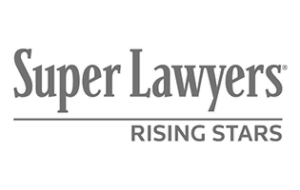 Shea has also been named to Super Lawyers’ 2015 Top 100 list for Virginia and Top 50 list for Richmond.

Super Lawyers recognizes outstanding lawyers from more than 70 practice areas who have attained a high degree of peer recognition and professional achievement.

The Super Lawyers selection process includes peer nominations and evaluations, which are combined with third-party research. Each nominee is evaluated on 12 indicators of peer recognition and professional achievement. Selections are made on a state-by-state basis each year.

The final published Super Lawyers list represents no more than 5 percent of the lawyers in each state.

Rising Stars are selected through the same process but must be either 40 years old or younger or in practice for 10 or fewer years. Each year, no more than 2.5 percent of the lawyers in a single state are named to the list.

Our Super Lawyers and Rising Stars

Shea has been with Marks & Harrison since earning his juris doctorate degree from the University of Richmond School of Law in 1977. He focuses his personal injury practice on brain injury cases and tractor-trailer accidents.

Harkrader is a 1983 graduate of the University of Richmond School of Law. He served as Louisa County Attorney and trial counsel to the Virginia Transportation Commissioner prior to joining Marks & Harrison in 2002.

Ayers worked as a legal assistant while earning his juris doctorate from the T.C. Williams School of Law at the University of Richmond. He also worked as a clerk for Judge Melvin R. Hughes in the Circuit Court of the City of Richmond before joining Marks & Harrison.

Walker joined Marks & Harrison in 2014 after having most recently worked for GEICO on the defense side of personal injury cases. His J.D. is from Florida State University College of Law, and he was admitted to the Virginia State Bar in 2007. He has extensive experience in car accident cases.

Yost, whose juris doctorate is from the Saint Thomas University School of Law in Miami, Florida, joined Marks & Harrison in December 2005 and focuses his practice on personal injury cases in the Staunton office. His background includes teaching English and Spanish in Brazil and Virginia, and he represents Marks & Harrison’s Spanish- and Portuguese-speaking clients.