Will a Dash Cam Actually Help You After a Car Accident? 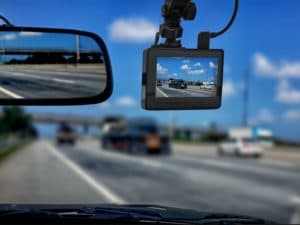 Today, people in Virginia and across the country use video to show what really happened in car accidents. Dash cams, in particular, have become popular. Many people believe that the $50 to $400 investment in one of these cameras can, in the long run, pay dividends if a crash leads to an insurance claim and/or personal injury lawsuit.

A dash cam is a small video camera. You can mount it to your car’s dashboard or windshield. Most cameras will record what happens in front of the vehicle. It typically records as long as the vehicle is in gear. More advanced models can also record interior audio and video, provide rear-facing video, display on your rearview mirror or stream to the Internet, as Consumer Reports explains.

Should You Install a Dash Cam in Your Car?

Many people buy in-car cameras for driving support, according to Google. For instance, they may buy a back-up or side-view camera to see what is happening in blind spots. In other words, they hope that the video can help them to avoid accidents. However, people are also buying dashboard cameras because they see the potential role that the video footage could play if they end up filing an accident claim, according to Google.

So, if you are thinking about installing one in your car, you should consider the potential accident prevention and accident response benefits it could provide. With that said, dash cams or other types of cameras can now be found, already installed, in many new cars and trucks. That trend is likely to continue as manufacturers respond to consumer demand. In the future, you may have no choice when it comes to a dash cam.

What Can You Capture If You Use a Dash Cam?

Seeing really is believing. If you have clear dash cam video footage of what happened before, during or just after an incident – particularly video with the time and date recorded on the image or embedded in metadata – few will argue with what the footage shows.

For example, if a car sideswiped your vehicle as it passed, your dash cam could capture the color, make and model of the car as well as the license plate. That information would be valuable if you were in a hit-and-run accident. The camera could also capture details such as:

The dash cam may also capture what happened after the crash such as the driver’s apology, hostility or impairment from drugs or alcohol.

As you can see, dash cam video may serve as strong evidence in a car accident claim. An insurance company will consider what the dash cam footage shows. It will contemplate the potential impact of that footage on a jury as it decides whether to accept or deny liability and determines whether to extend a settlement offer.

Clear footage of an accident could be enough to convince an insurance company to settle a claim. However, anything that opens the video to interpretation could cause its evidentiary value to drop. For instance, if the footage is grainy or dark due to rain, fog or the time of day, or if the images in the video are obscured, it may not be as effective as you would like.

If your case went to trial, you would need to establish that the video accurately depicted what occurred in the accident before a judge would allow it to be seen by a jury. A judge would likely need to see the footage before allowing the jury to view it. If allowed, the footage could have a powerful effect on the jury’s determination of liability and damages.

Again, the camera won’t take sides. If you have a dash cam, and its footage shows that you contributed to an accident, an insurance company could get a court order to obtain the footage and use it against you. This is important in Virginia, where a person must be completely without fault in order to secure compensation in a personal injury claim.

Suppose video from your dash cam showed that you changed lanes two or three times just prior to being sideswiped? What if an expert could testify that, by extrapolation, you were speeding at the time of the crash? Additionally, the audio from the dash cam recording could capture you complaining about how tired you are, reveal that you had loud music blaring or indicate that you were otherwise distracted at the time of the crash.

You can bet that the insurance company will use anything amiss in dash cam video to put the blame on you for an accident. So, in this sense, a dash cam video may provide highly damaging evidence in your case. It’s an important factor to consider.

Get Help for Your Virginia Auto Accident Claim

If another driver recently caused a crash that hurt you or caused the loss of a loved one, you should seek help right away from an experienced Virginia car accident lawyer at Marks & Harrison. We can review all of the evidence in your case, including video footage, and help you to explore all of your legal options. To learn more, contact us for a free consultation. We can assist you from our Richmond office or from any one of our nine other Virginia locations.