Is Virginia a Fault or No-Fault State? 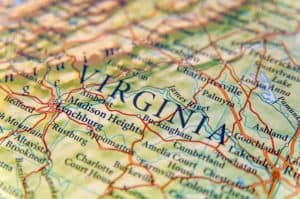 Car accidents can be extremely costly. In fact, during one recent year, traffic crashes caused an estimated $671 billion in lifetime medical and lost-work costs in the U.S., according to the Centers for Disease Control and Prevention (CDC). That total includes $456 billion in losses connected to non-fatal injuries.

Each state takes a slightly different approach to handling the costs of crashes through auto insurance. Generally, the states fall into two categories:

Virginia falls within the latter category. In other words, Virginia is a fault state. However, you have the option to buy Med Pay coverage in our state. The coverage may be helpful during the early stages after a crash. However, Med Pay rarely covers all of your losses.

If you suffer injuries in a car crash in Virginia, you should immediately contact an experienced Virginia car accident attorney. The insurance claim process will likely be adversarial right from the start. This is because you will pursue a claim against someone else’s insurance company, and that company may have little interest in dealing with you fairly or compensating you for your injuries. Of course, your own insurance company may give you trouble as well if you file an uninsured motorist (UM) or underinsured motorist (UIM) claim.

How Do You Establish Fault for a Car Accident?

Proving fault for your car accident will play a crucial role in your ability to recover compensation in Virginia. In most cases, the police will create a report of the crash. The police officer who responds to the accident and files the report will examine a variety of evidence at the scene such as:

Your lawyer should conduct an independent investigation as well. As part of this investigation, the lawyer may collect and study a great deal of additional evidence such as traffic camera footage and data from the electronic data recorder (EDR, or black box) from one or more cars. If the cause of an accident is not so clear-cut, the lawyer may also work with an accident reconstruction expert in order to determine who was at fault.

Establishing Fault Is Just the Beginning in Virginia

While proving who is at fault can be a big part of your auto accident case, it is still just the beginning. You must also prove the amount of your damages. Some lawyers refer to this amount as the “value” of a claim.

In some cases, a car accident victim may also pursue punitive damages. These damages are not intended to compensate the victim. Instead, the point is to punish a party for especially wrongful conduct and to deter the party from engaging in that conduct in the future. For example, drunk drivers who cause crashes typically face a claim for punitive damages.

Your lawyer should conduct a comprehensive review of your case in order to determine the amount of damages that you should seek in a settlement or at trial. In addition to studying your medical records and/or income records, the lawyer may also consult with experts such as life-care planners in order to calculate the amount that you should pursue in a claim.

Does Your Own Fault Matter in a Virginia Car Accident Claim?

Many states have moved toward a system called comparative fault. In this system, an injured person’s own negligence simply reduces or “offsets” the amount that he or she can recover. For instance, if you were 20 percent responsible for your own injury, you could recover only 80 percent of your total losses.

Some states follow a modified comparative fault system. In these states, you could be barred from recovering anything if your fault is 50 or 51 percent or greater. Otherwise, as in a comparative fault state, your recovery is reduced in proportion to the degree of fault assigned to you.

Virginia is different. In our state, if you contribute even slightly to your injuries in an auto accident, you could be barred from recovering anything. This is called a pure contributory negligence system.

Because of this harsh law, insurance companies often try to argue that the victim was partially to blame for an accident. This is especially true when the accident involves a collision between a car driver and a motorcyclist, bicyclist or pedestrian. Your lawyer should be ready to present solid evidence that refutes any such claims.

Our VA Car Accident Attorneys Are Ready to Help You

To recover damages in a car accident in Virginia, you must prove that the other party’s negligence caused your injuries. You must also prove the extent and nature of your injuries. At Marks & Harrison, we are ready to tackle those issues for you and to aggressively seek all funds that you are entitled to receive after a crash.

With offices located throughout Virginia, including Richmond, Marks & Harrison can serve you today. Contact us today and schedule your free case evaluation.