How You Can Tell If You Have a Car Wreck Case 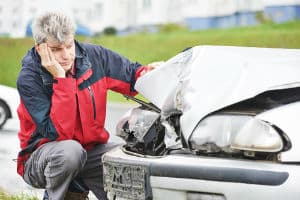 Not all car wrecks necessarily result in a legal claim. Some can be minor and result in only minor cosmetic damage to one or both vehicles and may or may not involve a sprain or strain to a driver or passenger.

In some instances, you may be barred from bringing a claim because you failed to file one within the Virginia statute of limitations that applies to your claim, or you may be prevented from recovering anything because your own negligence contributed to the crash.

With the above said, you should never assume that your injuries from a car wreck are not worthy of a legal claim until you have consulted first with a doctor.

Injuries can worsen over time, especially those that involve damage to the brain, soft tissue or internal organs. These injuries are not always easy to determine, especially if you are an individual who has no medical training. You need to get yourself checked out before you conclude that you have suffered no injuries.

Additionally, you should allow an attorney to review the facts of your case. At Marks & Harrison, we offer a free legal consultation to car accident victims in Richmond and throughout Virginia for this exact purpose.

We think it is important to have your case evaluated by a legal professional. During a consultation with our firm, we can determine whether you have grounds for a car wreck claim and, if so, whether pursuing it is worth your time. We can also determine the best way to pursue your case if you do, in fact, have a claim for compensation.

The following are four elements of a car accident claim that you should take into consideration:

All drivers have a legal duty to operate their vehicles in a safe, responsible manner. In other words, they have a duty to prevent injuries to others. The onus is on drivers to be aware of their surroundings at all times and to know how their actions could potentially harm others. Ways that drivers uphold their duty to others include obeying the speed limit given the road conditions, obeying posted traffic signs, refraining from using cell phones while driving, and never drinking and driving.

In a car accident claim, the term “breach” refers to the action (or failure to act) of a driver that fell short of the duty he or she owed to others. It could be something fairly minor like failing to yield to other cars at a merge or a significant breach such as driving while impaired by alcohol, drugs or fatigue. In order to have a valid car accident claim, a claimant must be able to prove that the alleged negligent party breached his or her duty of care to others in some form or fashion.

The element of causation is closely linked with the elements of breach and damages. Causation refers to how the negligent driver’s actions caused a claimant’s injuries. This, too, must be proven – it is not enough to simply claim that because one driver was negligent, the other suffered. The victim seeking damages has to be able to prove that the negligent driver’s action (such as a failure to yield to oncoming traffic) caused his or her damages. There are two types of causation:

The term “damages” refers to the losses that a victim experiences as a result of a car accident. Damages include the person’s physical injuries like back pain.  Damages can be economic such as medical bills, or non-economic such as the loss of quality of life. In a personal injury claim arising from an auto accident, a claimant seeks compensation for these damages.

Virginia is one of the few states in the country that follows the doctrine of pure contributory negligence. Under this doctrine, if you are found to be responsible for your accident in any way, you are barred from recovering compensation for your damages.

Virginia’s law is in contrast to the doctrines of pure and modified comparative negligence, which allow injured motorists to recover compensation in some instances even if they were partially at fault for their accident.

Because of Virginia’s strict law that can potentially nullify your car accident claim, insurance companies often try to pin undue blame on crash victims. You need to protect your rights and work with an attorney who can analyze the evidence in your case and reject any insurance company efforts to argue that your negligence contributed to a crash.

Get Help Today from Our Richmond Car Accident Attorneys

If you have been involved in a car accident in Richmond or elsewhere in Virginia –no matter how minor – we can help you determine whether you have grounds for a car accident claim.

Schedule your free consultation with our team of experienced car accident attorneys at Marks & Harrison today to learn more about your legal rights, how the personal injury claim process works, and whether it would be in your best interest to seek compensation through such a claim.

We feature our headquarters in Richmond and have eight other offices located across Virginia. We can meet with you right away. Simply call or reach us online to get started.