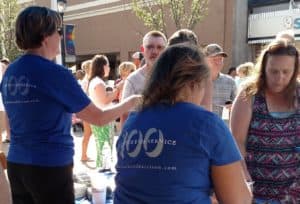 The third annual “Get Your Butts to Broadway” Festival took place on June 25 in Downtown Hopewell. This year, Marks & Harrison was the title sponsor for the event as well as the winner of the Judge’s Choice Award for best pork butt.

There were nine competitors all competing for the title of “Best Butt on Broadway.” Patrons were able to taste a sample of each of the competitors BBQ and vote for the winner of the People’s Choice Award. A panel of four judges were on hand to choose the Judges’ Choice Award.