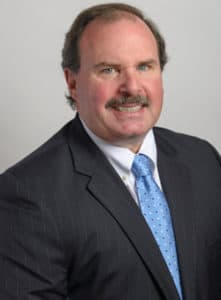 Fletcher W. Harkrader III grew up in nearby Louisa County—a geographic fact that can be advantageous when it comes to communicating with juries. “I try to bring my Virginia country upbringing to bear at trials in making a connection with jurors in this area,” he says. “I believe that it helps to have an understanding of the area when you are talking with a jury about an injury that has occurred in their community.”

His efforts have resulted in a number of significant results for his clients, including an $850,000 jury verdict on behalf of a client who had permanent injuries from a car wreck. Harkrader also negotiated a $1.2-million settlement in an aggressively litigated case on behalf of the family of a woman killed in a car crash where the insurance carrier claimed his client was at fault for the crash and denied any compensation to her family. He has reached a number of other significant settlements for clients, including settlements for $1 million or more in several cases involving other car and motorcycle collisions.

Harkrader concentrates his practice solely on personal-injury cases since joining Marks & Harrison in 2002, but has broad previous experience in other areas of law. After receiving his J.D. from the University of Richmond School of Law in 1983, he was in a general law practice where he handled a wide range of legal matters, including a variety of criminal defense and civil litigation cases.  “I believe my broad experience in the law is beneficial to my clients because it gives me a perspective on how to accomplish goals for them within the legal system that is an advantage to them when they come to me for help with their case.”

Harkrader particularly enjoys representing injured people because oftentimes they are in desperate need of the kind of help that only the civil justice system can provide.

“In this business, you have the ability to bring some measure of satisfaction to your clients by providing them with compensation the responsible parties have denied them and that they wouldn’t receive otherwise,” he says. “When you can correct the facts, bring out the truth, and at the same time give clients the appropriate compensation they deserve, that’s a great feeling.”