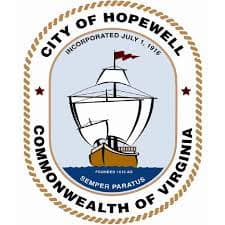 HOPEWELL, Va. (June X, 2019) – On Tuesday, June 11 the City of Hopewell filed a federal civil lawsuit against manufacturers, distributors and pharmacies connected to the opioid epidemic to recoup the locality’s costs for responding to opioid addictions and overdoses. Virginia-based law firm Marks & Harrison is representing Hopewell in partnership with Weitz & Luxenberg in New York City.

The 168-page lawsuit describes how defendants participated in false, deceptive and unfair marketing of prescription opioids, while also failing to stop suspicious orders of opioids. The lawsuit is seeking to minimize or eliminate the imminent threat to public health and safety and to recover damages for additional resources invested for emergency responders, law enforcement officials and medical professional employees related to the opioid epidemic in Hopewell. The locality also cites loss of tax revenue and increased costs for delivering public services due to opioid abuse.

“I was born and raised in Hopewell and have friends who have been personally affected by the opioid epidemic,” said Lee J. Bujakowski, the Marks & Harrison attorney managing the case. “We know that manufacturers, distributors and retailers did not follow federal regulations and created an opioid epidemic that wreaked havoc on countless Americans, including the Hopewell community. This lawsuit is one of the many ways the city of Hopewell is fighting to protect its residents from the dangers of opioid abuse. We are proud to represent the city of Hopewell in this important litigation.”

Hopewell joins approximately 40 other Virginia localities seeking compensation related to opioid abuse. The lawsuit names more than 55 entities related to the manufacturing, promotion, distribution and sale of opioids in the city.

According to federal data, by 2012 there were nearly eight opioid prescriptions written in Virginia for every 10 residents of the state. Virginia is the 29th state in the country for opioid usage. In 2017, there were 1,241 drug-overdose deaths involving opioids in Virginia.

The lawsuit is part of multidistrict litigation that consolidates complex cases managed by one court. Hopewell’s lawsuit was filed at the U.S. Northern District Court of Ohio.

As Featured In These Local News Sources: