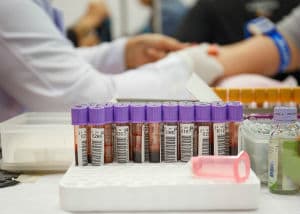 The diabetes drug Invokana and other potentially faulty drugs can cause ketoacidosis, a buildup of acids in the blood that requires hospitalization to treat, according to a recent Food and Drug Administration warning.

The FDA safety warning covers a class of drugs called sodium-glucose cotransporter-2 (SGLT2) inhibitors, which are marketed as:

The FDA says: “Patients should pay close attention for any signs of ketoacidosis and seek medical attention immediately if they experience symptoms such as:

The defective products liability lawyers of Marks & Harrison can help if you or a loved one of yours has suffered ketoacidosis after taking any of these drugs as prescribed to control type 2 diabetes. You may be able to obtain compensation for your medical expenses, pain, suffering and other losses.

Each of the type 2 diabetes medicines under fire from the FDA contain canagliflozin, dapagliflozin or empagliflozin and is a SGLT2 inhibitor. The federal agency says it has identified 20 cases of acidosis reported as diabetic ketoacidosis (DKA), ketoacidosis, or ketosis in patients treated with SGLT2 inhibitors from March 2013 to June 6, 2014, and has continued to receive complaints since. All patients required emergency room visits or hospitalization to treat the ketoacidosis, the FDA said.

WebMD describes diabetic ketoacidosis as a buildup of acids in the blood, which can happen when blood sugar is too high for too long. It is considered rare in people with type 2 diabetes and more likely in people with type 1 diabetes, who cannot produce insulin.

Lack of treatment for ketoacidosis can lead to loss of consciousness, coma and death. Treatment likely includes receiving insulin through an IV to bring ketones down and fluids to increase hydration and balance blood chemistry.

SGLT2 inhibitors lower blood sugar by causing the kidneys to remove sugar from the body through the urine.

Invokana was the first SGLT2 inhibitor approved for the American market. At the time, market analysts hailed its release, saying as Forbes did in April 2013 that “any diabetes drug that works well – and has limited side effects – has major market potential simply because there are so many people with diabetes.”

The Centers for Disease Control and Prevention (CDC) says 29.1 million people, or 9.3 percent of the U.S. population, have diabetes. About 8.1 million people (27.8 percent) with diabetes are undiagnosed.

If you are taking an SGLT2 inhibitor for type 2 diabetes and have had problems as described above, you should consult your physician. You should not discontinue use of any drug without a physician’s instruction to do so.

You should also consult an attorney if you believe you have been harmed by a faulty drug. In Virginia, you can contact Marks & Harrison to set up a free, no obligation legal consultation about your case and the options available to you.