Types of Car Accidents in Richmond 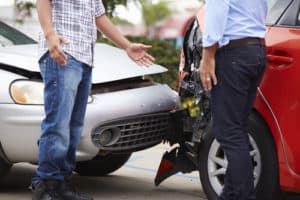 Car accidents are an unfortunate fact of life. A total of 121,763 traffic crashes resulting in 741 fatalities and 65,114 injuries occurred in Virginia in 2013, according to the DMV. Nationwide, 32,719 people died and 2.31 million were injured in motor vehicle accidents in 2013, as reported by the National Highway Traffic Safety Administration (NHTSA). Even experienced and diligent drivers can be involved in car accidents caused by the negligence of other drivers. If you find yourself in such a situation, you can rely on the knowledgeable car accident attorneys at Marks & Harrison. We believe that negligent drivers should be held accountable and that accident victims are entitled to full compensation for their injuries.

Our Firm’s Long History of Success

Marks & Harrison was founded in 1911, and we have been representing the people of Virginia for more than 3 generations. Our practice is focused on personal injury, workers compensation, and Social Security Disability matters and we have handled thousands of injury cases. Two of our attorneys have been included in the 2012 Edition of Best Lawyers in America in Personal Injury Litigation and several have been included in the list of Super Lawyers®. Our recent successful results include: 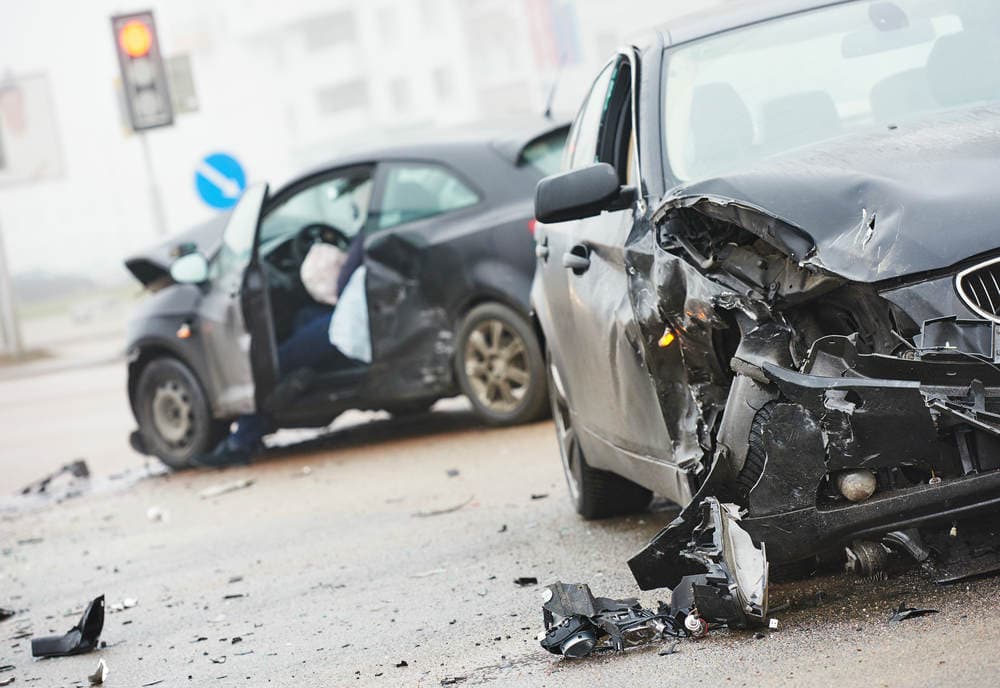 Our firm has the skills, experience, and resources needed to stand up to insurance companies whose representatives are primarily interested in the company’s bottom line.  The types of car accident cases we handle include: 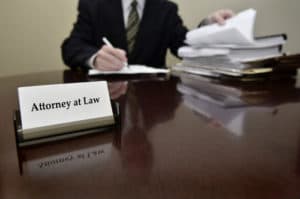 If you have been involved in a car accident that was caused by another driver, you need and deserve to recover full and fair compensation to help you carry on with your life. Our firm has been helping accident victims do exactly that for more than 100 years. Contact us today to speak to a car accident lawyer and find out if you have a car accident case.

Most head-on crashes in Virginia and other parts of the country occur on rural, two-lane highways, according to a Transportation Research Board study. However, you may be surprised to learn that only a small number of those crashes involve drivers who are attempting to pass. Instead, they involve drivers who are going straight or entering a curve.

Most head-on collisions result from “unintentional maneuvers” by drivers, the study found. In other words, driver negligence serves as a leading cause of these crashes. Examples include: 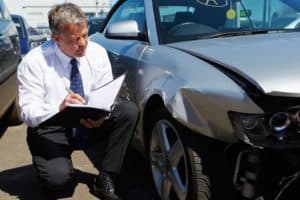 Alcohol use often plays a role in head-on accidents. When people drive while impaired, they lack the mental and physical ability to safely control their vehicle, leading to the types of “unintentional maneuvers” that cause these collisions.

However, non-driver factors can also contribute to head-on crashes. For instance, an automotive defect such as a blown tire or a road defect such as a pothole could force a driver to cross the center line.

Severe and fatal injuries typically result when vehicles collide head-on. Those injuries include traumatic brain injury, spinal cord damage, multiple fractures, lacerations, scarring and disfigurement. If you suffered harm in a head-on crash, you should work with an attorney who has experience with handling catastrophic injury cases.

Rear-end crashes are the most common type of accident. They account for roughly 29 percent of all traffic crashes that occur in our country, the National Highway Traffic Safety Administration (NHTSA) reports. People involved in rear-end accidents can suffer severe injuries even if the cars were moving slow at the time of impact.

The driver of the lead vehicle frequently causes these crashes, according to the NHTSA. The lead driver may:

Rear-end collisions often cause drivers and passengers to suffer whiplash. This injury occurs when the neck snaps back-and-forth in a violent, whip-like motion that strains and tears muscles, tendons and nerves in the neck area. A victim can suffer lingering, chronic pain.

If another driver’s negligence caused a rear-end crash that harmed you, the attorneys of Marks & Harrison can help you to seek damages for your medical expenses and all other losses you have suffered. 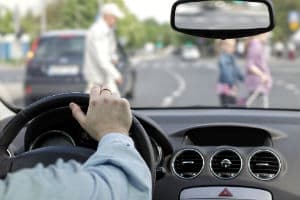 Sideswipe collisions are another common type of auto accident. The Insurance Institute for Highway Safety (IIHS) reports that 712,000 of these crashes occurred during one recent year, including more than 100,000 accidents that resulted in injury or death.

Even though the initial impact in a sideswipe collision may be slight, it can cause one or both vehicles to careen off the road, hit other cars or strike a stationary object like a tree, light or guardrail. Unfortunately, in most cases, the accident results from a careless, reckless and intentional misconduct by drivers. In many cases, the underlying cause of the sideswipe crash is a driver’s fatigue, distraction or impairment.

Additionally, sideswipe crashes happen when drivers try to merge without looking for other traffic, force their way into another lane or refuse to yield the right of way.

If you or someone close to you suffered harm in sideswipe accident due to the negligence of another driver, you should seek help right away from an experienced Virginia car accident attorney at Marks & Harrison. We can launch an immediate investigation of the crash and take steps to pursue the compensation you are due.

The term, “multi-vehicle accident,” typically refers to a crash that involves three or more cars. People also call these accidents “pile-ups” or “chain-reaction collisions.” They frequently happen on busy roads such as interstates and multiple-lane highways. If a crash occurs on one of those roads, other drivers may be going so fast that they cannot avoid the crash.

Although these crashes can occur for a variety of reasons, certain conditions make them more likely to happen. Those conditions include: 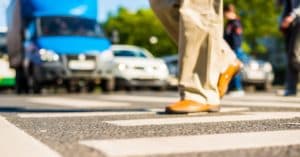 Speeding, tailgating, drunk driving, distracted driving, fatigued driving and “rubbernecking” – slowing down to see another crash – can all contribute to multi-vehicle crashes as well.

If a crash involves a number of different drivers, the process of seeking compensation for your losses can become incredibly complex. You will need to conduct a thorough investigation that determines each driver’s level of fault. You may also need to file multiple insurance claims and lawsuits. It is possible that one or more claims result in a settlement, while one or more other claims require going to a trial.

The experienced car accident lawyers of Marks & Harrison can help you to tackle those issues and seek maximum compensation on your behalf if you or a loved one was involved in a multi-vehicle accident.

Rollovers are highly serious accidents. A car’s occupants can suffer catastrophic injuries from being tossed within the car, ejected from the car or crushed by the roof. Head and brain injuries, spinal cord damage, loss of limbs and fractures often occur in these crashes. Many vehicle rollovers result in death.

As the NHTSA notes, rollovers generally fall within two categories:

Speed, distraction and alcohol or drug consumption are factors that can contribute to these accidents. Even safe drivers can get involved in rollover accidents due to their vehicle’s flawed design or a manufacturing defect.

At Marks & Harrison, we know how to investigate rollover accidents to determine how they happened and who should be held responsible. We also consult with highly qualified experts in accident reconstruction, engineering and other fields. We know what it takes to hold automakers responsible for defects that cause rollovers to happen.

How Our Car Accident Lawyers Can Help You

The Virginia personal injury attorneys of Marks & Harrison realize the challenges that car accidents bring into people’s lives. The medical bills, lost income, physical pain and emotional suffering that auto accidents cause can be overwhelming. Our goal is to lift the burdens you are facing after a crash. 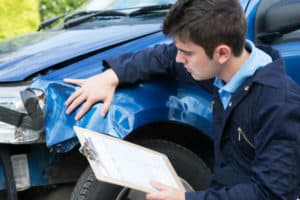 In addition to conducting a prompt, thorough investigation of your accident, our attorneys can explore all sources of compensation available to you, including insurance coverage carried by the at-fault party or parties or your own insurance coverage. We know this compensation cannot erase the harm you have suffered. However, it can play an important role in helping you to move forward in your life.

Throughout your case, we can deal directly with the insurance companies and handle all necessary paperwork while you focus on your physical recovery and your family. As we work towards a settlement or a trial, we will always keep you updated about the progress in your case and answer any questions you may have. We will always focus on your specific needs and objectives.

Our experience with handling a wide range of auto accidents makes a difference for our clients. To learn more, contact us today and receive a free consultation. Marks & Harrison features offices in Richmond and eight other cities located throughout Virginia. We will charge no fees unless we obtain a verdict or settlement in your favor.