‘Who’s Your Driver?’ Is Among Many Virginia Traffic Safety Campaigns 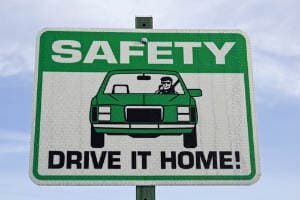 The “Who’s Your Driver?” campaign is a new safety initiative that is being spearheaded by several groups, including DRIVE SMART Virginia, a non-profit organization that seeks to educate drivers and raise safety awareness in order to decrease car accidents and injuries on our state’s roads.

This campaign is aimed specifically at young men, encouraging them to always have a sober, responsible driver behind the wheel.

At Marks & Harrison, we know that car accidents can happen anywhere and under any type of conditions. While road and weather conditions can cause some accidents, the majority of crashes directly result from negligent and reckless decisions such driving after drinking.

By raising awareness through the “Who’s Your Driver?” campaign and similar efforts, we hope to see our roads truly become safer for everyone.

‘Who’s Your Driver?’ actually is a collaborative effort of Richmond International Raceway, the Virginia Department of Motor Vehicles (DMV) and DRIVE SMART Virginia, according to CBS 6.

The groups designed the campaign to reach 18-to-35-year-old males, a demographic that is responsible for as high as 72 percent of all impaired driving accidents in Virginia, CBS 6 reports.

By working with NASCAR affiliates and spreading the word at Richmond International Raceway events, the campaign strives to encourage young drivers to make sure they avoid drinking and driving and, instead, choose a designated driver to get them home safely after a night out.

The campaign seeks to encourage other safe driving behaviors as well such as wearing seat belts and refraining from driving while distracted by texting or talking on a cell phone.

Many Other Projects Encourage Traffic Safety in Virginia

Many other campaigns are currently underway to promote traffic safety in Virginia, including:

While it is important for all drivers to pay attention behind the wheel, the Virginia Pilot reports that teens are among those most at risk of getting into distracted driving crashes.

More than half of all teen driving accidents involve some sort of distraction behind the wheel such as talking or interacting with other passengers, looking for something inside the vehicle and talking or texting on a cell phone, according to the newspaper.

At Marks & Harrison, we launched Drive Alive Richmond, an initiative that targets the issue of teen distracted driving. As part of the initiative, we conducted a survey of teen drivers in an effort to get a better understanding about their distracted driving attitudes and behaviors.

Based on those survey results, we concluded that parents can play an important role in preventing teen accidents.

For instance, parents can talk with their teen drivers about:

Of course, parents can also talk with their teens about the dangers of impaired driving. They can encourage their teens to call them for a ride home – no questions asked – instead of drinking and driving or getting into a vehicle with someone who has consumed alcohol.

Our Virginia Car Accident Attorneys Are Ready to Help You

If you or someone you care about has been involved in a car accident, contact Marks & Harrison without delay. We can provide a free review of your case and help you to understand the legal options that may be available to you.

We can then get to work right away on investigating your case and pursuing all compensation you may be entitled to receive, including compensation for your medical expenses, lost income, pain and suffering and more.

With offices in Richmond and eight other locations throughout Virginia, we are conveniently available to meet with you. Call or reach us online today.