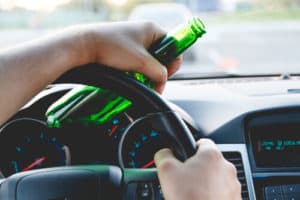 As reported by the National Highway Traffic Safety Administration (NHTSA), there were 9,158 fatal traffic crashes and 10,076 people killed in the U.S. in 2013 as a result of alcohol-impaired driving. In Virginia alone, 253 people died and 5,288 were injured in alcohol-related crashes, according to the Highway Safety Office’s 2013 Virginia Traffic Crash Facts. Statewide in 2013, 20,973 people were tested with blood alcohol content (BAC) of .08% or higher,

How Many People Drive Drunk?

Driving under the influence of alcohol is against the law, and drunk drivers who cause accidents will likely face criminal penalties. That does not cover your medical expenses or lost wages, however, if you have been injured in an accident caused by a drunk driver.

When you work with Marks & Harrison, our experienced Richmond car accident attorney can investigate your accident, deal with insurance companies on your behalf, and aggressively pursue the maximum compensation you are entitled to receive. Our firm has the knowledge, skills, resources, and track record of success that you need in a personal injury lawyer. Call us today or use our online form to request a free case consultation.