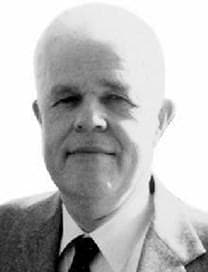 Marks & Harrison announces with sadness the death of James M. Minor, Jr. on November 13, 2015. James M. Minor, Jr. practiced in the Firm’s Richmond office from 1994 until his retirement in 2001. He was a Richmond native, a graduate of Richmond public schools, the University of Richmond, and the University of Richmond’s T.C. Williams School of Law. Mr. Minor was born on August 14, 1927 and served his country in the Navy. Mr. Minor died peacefully in his home.

Mr. Minor conveyed his fierce approach to advocacy to all the members of Marks & Harrison and mentored many of the current members of the Firm as he had done young lawyers throughout his career, including the current Chief Justice of the Supreme Court of Virginia, the Honorable Donald W. Lemons.

Mr. Minor was not only an extraordinary lawyer but also committed to his community. He was a Sunday school teacher at Northminster Baptist Church and later a member of Second Baptist Church. He was a long-time supporter of the Salvation Army and was an early board member at a time when its members broke bread with men who were living at the Army-run facilities. Mr. Minor worked the kettles and rung the bells during the holidays for the Salvation Army.

Mr. Minor was also an active business man and was Founder of the Second National Bank of Richmond, serving on its Board as a Director and Counsel. Mr. Minor’s commitment to the law and to this community helped set the standard for Marks & Harrison and his death is a loss to his family, his community, and this Firm.