What Trucking Companies Have the Most Accidents? 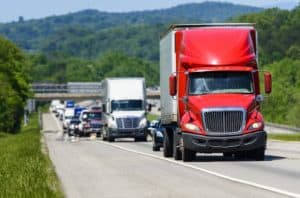 In March 2019, the Federal Motor Carrier Safety Administration (FMCSA) issued a report that revealed a disturbing trend in the trucking industry. According to the agency, which oversees interstate trucking in the U.S., there were 4,889 large trucks and buses involved in fatal accidents in our country in 2017, marking a 9 percent increase from the year before and a startling 42 percent increase from the low of 3,432 in 2009. In other words, deadly tractor-trailer accidents are on the rise across the country, including in Virginia.

With nine major interstates that crisscross the state, including the main interstate along the Atlantic Coast, I-95, Virginia sees a great deal of commercial truck traffic – and its share of the accidents discussed above. As you drive along one of these major routes, you may wonder whether certain companies are involved in more accidents than others. If so, what does it say about those companies? Does the size of certain company, alone, simply mean that its drivers are bound to involved in a high number of crashes? Or, do some companies have prevalent safety issues that they should address in order to avoid putting others on the road at risk?

To get a better idea, we looked at the FMCSA’s “company snapshots” of several of the nation’s largest trucking companies, or “carriers.” The snapshots provide information that includes how the companies performed in safety inspections and the number of crashes their drivers were involved in during the previous 24 months. We obtained the data for this article in March 2019:

The company is headquartered in Lowell, Arkansas. It is one of the first carriers in the country to offer intermodal services, which involves customized containers that go directly from trains or ships onto trucks. The FMCSA reports that the company has 20,835 drivers.

According to BizFluent, YRC Freight began as Yellow Transit Company in Oklahoma City in the 1920s. Today, it lists Overland Park, Kansas, as its headquarters. The company has found a niche by carrying relatively small freight that “fills the gap” between parcel freight companies like UPS and companies that tend to haul bigger cargo such as J.B. Hunt, BizFluent states. This is also known as less-than-truckload (LTL) services. The company employs 10,691 drivers.

This company is headquartered in Green Bay, Wisconsin. In addition to the U.S., Schneider National has offices in Mexico, Canada and Europe, and it is one of the nation’s leaders in the truckload-freight industry, according to BizFluent. The FMCSA lists 13,600 drivers for the company.

In September 2015, XPO Logistics acquired Con-Way Freight, Menlo Logistics, Con-Way Truckload and Con-Way Multimodal to form this company. The merger made XPO “the second largest provider of less-than-truckload (LTL) services in North America,” according to the company. The FMCSA lists the company’s address as being in Ann Arbor, Michigan. It employs 13,604 drivers, according to the FMCSA.

This Phoenix, Arizona-based company transports truckload-sized freight throughout the country, including the East Coast. The FMCSA lists the company as having 20,530 drivers.

Headquartered in Atlanta, Georgia, UPS is one of the nation’s leading parcel transportation companies. It employs 99,999 drivers, according to the FMCSA.

You can find this Arizona-headquartered company’s trucks all over the country. They focus on less-than-truckload services. The FMCSA lists the company as having 20,211 drivers.

Our Virginia Truck Accident Attorneys Are Here for You

The attorneys of Marks & Harrison have protected the rights of injury victims in Richmond and throughout Virginia for more than 100 years. As one of the state’s largest personal injury law firms, we have the resources available to take on large trucking companies and fight for the compensation that our clients deserve after they have been harmed in a serious tractor-trailer crash. To discuss your case in a free consultation, call or reach us online today.