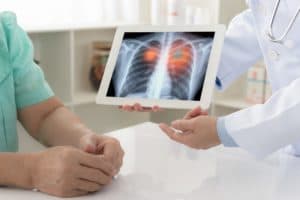 Chronic obstructive pulmonary disease (COPD) is a broad term that refers to many different types of progressive lung disease. Chronic bronchitis, refractory asthma and emphysema are a few of the diseases which fall under this umbrella term. Some people develop COPD after smoking for many years. However, many others contract it due to exposure to toxic fumes and lung irritants on the job.

As the COPD Foundation explains, COPD is a condition that mainly affects a person’s lungs. In other words, it is a “pulmonary” condition. It is an “obstructive” disease because it involves problems with air moving in and out of the lungs, and it is “chronic” because it is a long-term condition.

Although COPD mainly affects a person’s lungs, it can affect other parts of the body, too. A person who suffers from COPD may also experience heart disease, muscle weakness, obesity, difficulty swallowing, osteoporosis, sleep apnea, sinusitis, memory issues and/or depression. Individuals with COPD also face a higher risk of developing lung cancer.

Many different diseases and conditions are associated with COPD. The three most common are:

Currently, no cure exists for COPD. However, with the right diagnosis and treatment, individuals suffering from the condition can manage it so they can breathe more easily and enjoy a good quality of life while living with COPD for many years, according to the COPD Foundation. 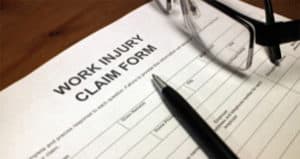 In Virginia, nearly anyone that has been injured at work can claim workers’ compensation benefits. COPD is known as an occupational disease because people sometimes develop it due to their work environment. For example, if a person is exposed to pollution, hazardous gases or fumes, large amounts of second-hand smoke or smoke from cooking in a kitchen that lacks proper ventilation can all cause COPD. In these instances, a person could potentially claim workers’ compensation benefits.

In Virginia, as in all other states, workers’ compensation is a no-fault system. It does not matter whether the employer or employee contributed to the development of the disease. The worker should still be eligible for benefits. For example, if a worker did not handle toxic fumes properly, or an employer failed to properly train its staff to manage the hazardous fumes correctly, the worker could still be eligible to claim workers’ compensation for COPD.

How Do You Prove a COPD Workers’ Compensation Case?

COPD is a condition that typically develops over a period of many years. As a result, it can be difficult to prove that the worker’s employment environment served as the cause of the disease. To make a claim, individuals with the disease must present clear medical evidence that shows that they suffer from COPD. This can include medical records, a diagnosis report and a doctor’s written statement.

A worker who files a claim must also present clear evidence that the worker was exposed to dangerous fumes, gases and other toxins in the line of work. For example, a firefighter may be able to prove fairly easily that smoke caused the condition due to the nature of the firefighter’s job. However, a cook in a kitchen may have a more difficult time proving that the space was not properly ventilated – especially if the employer corrected the problem after the worker’s exposure.

What Does Workers’ Compensation Cover?

The Virginia workers’ compensation system provides many benefits to those who suffer from COPD as a result of their exposure to hazardous substances on the job. These benefits include:

The amount of benefits will depend on many factors, including the nature and extent of medical treatment which the worker requires and whether the worker can return to work despite his or her condition.

Can I Sue If I Get COPD from My Job? 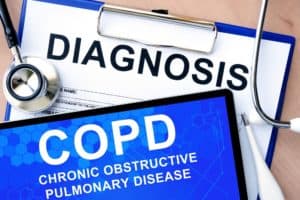 Our Virginia Workers’ Compensation Lawyers Are Ready to Help You

If you have developed COPD as a result of your employment, you may be entitled to receive workers’ compensation benefits and, potentially, additional compensation. Claims involving COPD can be more challenging to establish than other types of workers’ compensation claims. That is why you should seek help immediately from our experienced workers’ compensation attorneys at Marks & Harrison. We can provide a free consultation and get to work on your case right away. Contact us now to get started.

Eva R. Swanson
Eva R. Swanson focuses on workers' compensation cases at Marks & Harrison. She is a graduate of the College of William & Mary and University of Richmond School of Law. IN addition to her practice, she is active in several legal organizations, including the Virginia Equality Bar Association, Metro Richmond Women's Bar Association and National Lawyers Guild.
Richmond