Automaker Focuses on Developing Cars that Anticipate and Avoid Accidents 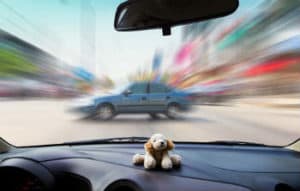 Imagine a world where car accidents are a thing of the past. While this may sound like a futuristic world, it may be closer than you think.

As The Huffington Post reports, automakers currently are developing cars that integrate artificial intelligence systems that can foresee accidents and even help drivers avoid them. Toyota, for instance, has announced that its anti-crash technology will be developed over the next five years.

The Virginia Department of Motor Vehicles reports that, last year, there were 125,000 total crashes in our state, including:

Looking to Robotic Research for Answers

Toyota representatives told The Huffington Post that Toyota is very confident that the company will be able to reveal some major advances in the next five years. The goal is to have a car that can drive on its own on highways by the time the 2020 Tokyo Olympics arrives.

The difference between Toyota’s research and existing crash-avoidable systems is significant, the article points out. For instance, many current systems use image sensors to avoid obstacles. For example, a car may make a sound if a driver is about to back into an object.

Toyota is more interested in conducting robotic research. In other words, the company wants to develop vehicles that do more than just avoid objects through cameras or sensors.

Instead, the company wants to make cars that actually think and take control from drivers in order to perform crash-avoidance and potentially life-saving measures.

A Toyota spokesperson described the system as being a “guardian angel.”

When Cars Go Driverless: A Different Conversation about Liability

Driverless cars which could avoid accidents and save lives would be an incredible advance. These vehicles may very well be a thing of the future.

However, with driverless vehicles, there comes a whole new conversation about liability when accidents actually do occur. If a driver was not in charge of a vehicle at the time it collided with another car or hit a pedestrian, cyclist or motorcyclist, and someone was injured, then who would be at fault?

The answer may depend on a number of factors, including the degree of control which a driver had over a vehicle at the time of the crash.

Unless a vehicle was fully automated – meaning that a “driver” of that vehicle had virtually zero control over its operations – the driver could still be liable. This is because a driver – even one in a car with developed robotics – still would have a duty of care to pay attention, drive in a manner to avoid accidents and take reasonable action if a car accident seemed imminent.

Avoiding Accidents in a World without Driverless Vehicles

We hope that driverless vehicles can help put an end to the number of tragic crashes and serious injuries that occur every day in Virginia. In the meantime, though, we urge drivers to exercise caution and to drive responsibly, no matter how many crash-avoidable functions your vehicle has. When driving, be sure to:

If you are involved in a crash in Virginia and suffer injuries, please do not hesitate to contact our car accident lawyers. We understand what it takes to investigate cases, identify all potentially liable parties and pursue just compensation for our clients. You can reach us by calling our offices located throughout Virginia. Our initial consultations are always free and confidential.