FDA Pulls Zantac from the Market 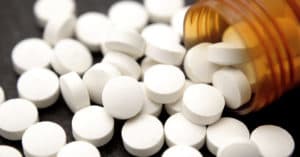 The U.S. Food and Drug Administration has pulled the popular heartburn medication Zantac (generic ranitidine) off store shelves after testing revealed dangerous levels of N-Nitrosodimethlyamine (NDMA) in some of its samples. NDMA is classified as a probable human carcinogen, or a substance that could cause cancer.

The recall includes both prescription and over-the-counter (OTC) ranitidine medications.

Lawsuits have already been filed across the country, alleging that the manufacturers knew about the dangers of NDMA but failed to warn the public. The contaminant has been linked to stomach, esophageal, bladder, and other deadly cancers.

Here, the defective products lawyers at Marks & Harrison explain what the FDA recall means for consumers. If you or a family member has been diagnosed with cancer, particularly after longtime use of Zantac or ranitidine medications, contact us to learn about your legal options in a free consultation.

Zantac, or ranitidine, treats people for heartburn, ulcers, stomach pain, throat issues, and difficulty swallowing. Most individuals take an oral dosage once or twice a day, although some patients may take it as much as four times a day depending on the severity of their conditions.

The FDA’s Investigation of Zantac

In early April, the FDA issued a press release asking manufacturers to remove Zantac from store shelves. Tests showed found that levels of NDMA in Zantac increase over time, particularly when stored at higher than room temperatures. However, the impurity was also found in ranitidine stored under normal conditions. Continued testing has also revealed that as ranitidine products age, the level of NDMA increases to levels well above the daily intake limit.

Due to the uncertainties over its safety, the FDA ordered an immediate recall and advised consumers to stop using the product right away.

The FDA first became aware of a potential problem with ranitidine in the summer of 2019, when third-party laboratory testing found high levels of NDMA in the medication. In September, the agency advised patients to stop taking ranitidine and seek alternative medications that could help with their health issues without placing them at undue risk. At the time, there was not enough information for the FDA to authorize a full recall.

Zantac is not the only substance that carries NDMA. It is found in different foods, as well as water. However, in these substances, the levels are so low, it is unlikely that they would increase a person’s risk of developing cancer. NDMA only poses a risk to humans when it is ingested at much higher levels.

In the press release, the FDA noted that there are many medications approved to treat the same or similar conditions as Zantac that do not contain NDMA. These include Pepcid (famotidine), Tagamet (cimetidine), Nexium (esomeprazole), Prevacid (lansoprazole) and Prilosec (omeprazole). Patients were encouraged to discuss these medications with their doctors as potential alternatives to ranitidine.

Any patient that experiences adverse reactions to ranitidine should report their symptoms to the FDA’s MedWatch reporting program. Anyone that believes Zantac or any other ranitidine product has made them ill should also speak to an attorney right away.

Do I have a Zantac Lawsuit?

It’s possible that you could have a defective drug claim if you took Zantac and have been diagnosed with cancer. An experienced attorney will need to evaluate your case closely to determine whether you have a claim.

Several questions will need to be answered, such as:

If you have taken Zantac or ranitidine, and have now been diagnosed with cancer, you may be entitled to compensation for medical bills, lost income, and other damages. At Marks & Harrison, our attorneys are here to stand up for you. We know how to hold manufacturers liable when they produce and distribute defective drugs. You can count on us to hold them accountable for the harm they have caused.

We can discuss your case in a free consultation at any of our 10 offices in Virginia. Call or contact us now to get started.